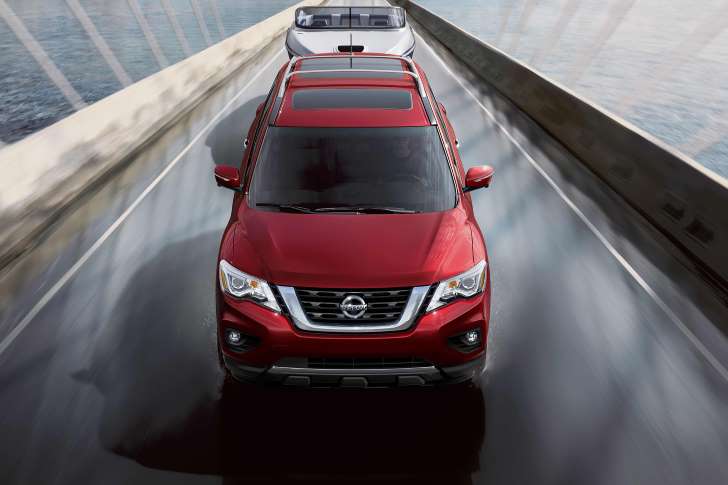 With four model years in the books, the 2017 Nissan Pathfinder was due for a mid-cycle update to keep up with its competition such as the new Honda Pilot, Toyota Highlander, and Ford Explorer. Compared to the 2016 Nissan Pathfinder, the revised 2017 Pathfinder boasts a stronger engine, new driver-assistance technology, and minor styling tweaks.

It’s been a while since we spent a year with our long-term 2013 Nissan Pathfinder Platinum, a crossover that endured heavy use from our busy photo team. While we found the 3.5-liter V-6 to be more than adequate, the updated Pathfinder is fitted with a revised engine making more power. The 3.5-liter six-cylinder now produces 284 hp and 259 lb-ft of torque, which is 24 hp and 19 lb-ft more than before. That puts the Pathfinder right there with the Pilot (280 hp and 262 lb-ft) and above the Highlander, which makes 270 hp and 248 lb-ft. Meanwhile, the Explorer’s base 3.5-liter V-packs 290 hp and 255 lb-ft.

Nissan says 56 percent of the engine consists of new parts, including the pistons, intake manifold, and components for the direct-injection system. A new casting method has eliminated cast-iron liners from the cylinder bores, resulting in less weight and friction. The compression ratio has been increased (from 10.3:1 to 11.0:1), and electronic timing for the intake has been added. The engine is still mated to a continuously variable transmission, and all-wheel drive remains an option to the standard front-drive setup.

Despite the 2017 Pathfinder’s bump in power, Nissan says its fuel economy should remain the same. The 2016 Nissan Pathfinder was EPA-rated at 20/27 mpg city/highway for front-drive models, while all-wheel drive models returned 19/26 mpg. Additionally, the bump in horsepower and new chassis reinforcements have increased the Pathfinder’s tow rating by 1,000 pounds, for a total of 6,000 pounds.

Nissan also made a number of tweaks to improve handling. Front and rear shock absorbers are stiffer, while spring rates for the rear springs have been increased by 25 percent. New rebound springs have been added to the front struts as well. In addition to the suspension tuning, Nissan increased the steering ratio by 11 percent to improve response.

When it comes to tech, the 7-inch infotainment screen is replaced by a larger, 8-inch screen that’s standard on the base S model, as well as the mid-level SV and SL models and the top-spec Platinum. An updated navigation system is available on the SV and SL and is standard on the Platinum. Some trim levels can be optioned with the automaker NissanConnect system that offers a number of connected and remote functions, including the ability to start and stop the engine from your personal device. The rear entertainment system (offered on the Platinum) is also improved with 8-inch monitors and new HDMI and USB ports.

A foot-activated power tailgate is standard on all trim levels except the base S model, and the optional around-view camera has been updated to detect any moving objects that find their way into the Pathfinder’s path.

Styling updates are fairly minimal. Besides a new hood, the grille now sports Nissan’s signature V-motion design, and the front and rear bumpers have been reshaped. Revised taillights and the addition of side-mirror turn signal indicators are also new for 2017. 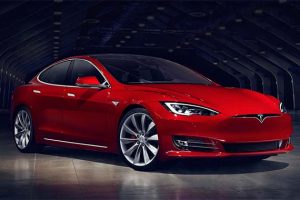 Tesla Motors produced 18,345 vehicles in Q2, an increase of 20% from Q1, and exited the quarter consistently producing just...
Copyright 2017 CarFilia
Back to top