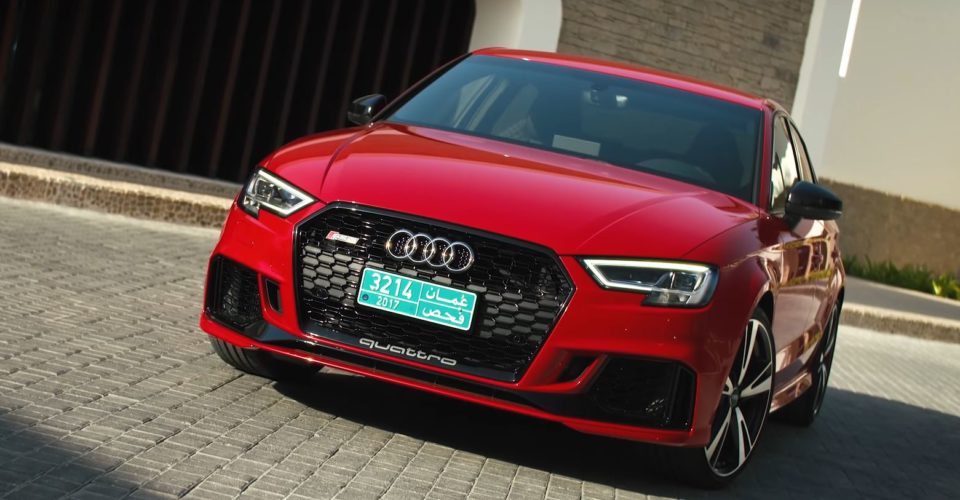 The 2018 Audi RS3 is the smallest model from the German automaker’s sport division. Based on the A3 sedan (and sharing more than a little with models like the Audi TT and Volkswagen Golf R), the 400-horsepower RS3 is more than just a small car with a big heart. Audi Sport has worked its magic on the car’s suspension, interior and exterior. With its bright Catalunya Red Metallic paint and 19-inch wheels, it’s hard to mistake the RS3 for one of its more pedestrian siblings.

At the heart of every model is a 2.5-liter turbocharged inline-five. The same engine is found in only one other model — the Audi TT RS. Our tester has quite a few options, pushing its MSRP up to nearly $70,000.

Editor-in-Chief Greg Migliore: The RS3 is a well-tailored car that offers something unique in the ubiquitous small sedan segment. Specifically, its five-cylinder engine. Gimme 400 hp and 354 lb-ft of torque all day. It’s quick from takeoffs, feeding plenty of low- and mid-range torque for acceleration, say (hypothetically) when stop lights are turning. Be careful when you do that.

Associate Editor Joel Stocksdale: The last time I drove one of these RS3’s, I was on the fence whether I loved it or simply liked it. This time around, I’m definitely falling in love. The key is that five-cylinder engine. It’s a howling, rasping beast, and it’s amazing that anyone makes something like it nowadays. And I love how natural it sounds and feels.

Then there’s the size. This is an ideally sized vehicle for flinging around anywhere, anytime. It’s easy to thread through tight roads, and feels light enough to tackle corners with near reckless abandon. The all-wheel drive adds to this feeling, too.

In some cases, it’s maybe a little too easy to drive, but the benefit is that it doesn’t wear you out. The ride quality, while firm, isn’t punishing, and you could easily drive it on a daily basis.

As for the price, the MSRP of over $56,000 still feels a bit much, especially considering the somewhat cheap-feeling interior and small accommodations. But its competition is right in the same range, with the Mercedes-AMG CLA 45 starting around $53,000 and the BMW M2 at about $60,000. And of the three, I think I would go with the Audi. It’s a charming little thing. 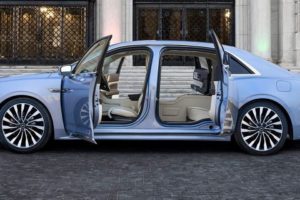 Remember that teaser image from last week indicating the Lincoln Continental would get suicide doors? Well, it's happening,...
Copyright 2017 CarFilia
Back to top