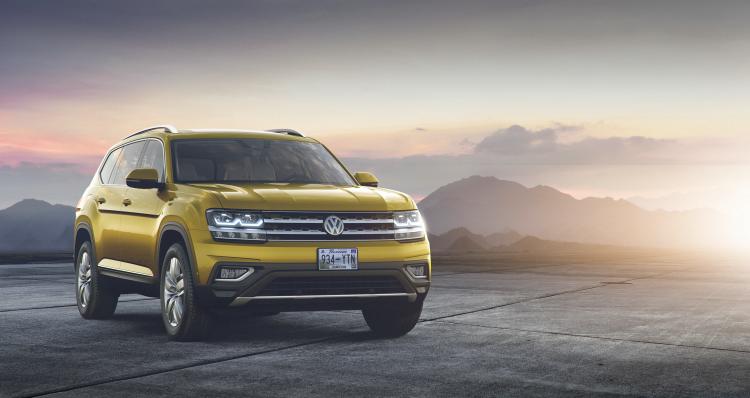 The 2018 Volkswagen Atlas isn’t the Microbus some of us have been hoping for, but the crossover is a crucially important vehicle for the automaker. It comes right as VW begins to recover from its diesel emissions crisis and it finally gives VW a three-row crossover to take on well-established competitors such as the Honda Pilot, Ford Explorer, and Nissan Pathfinder. That’s a tough crowd, but VW thinks the 2018 Atlas has a fighting chance with two engine choices, a “massive interior,” and lots of technology.

As previously reported, the front- and all-wheel-drive Atlas is based on VW’s transverse MQB platform shared with the Golf and new Tiguan. The base engine will be a 2.0-liter, turbocharged I-4 making 238 hp. The more competitive powertrain will be a 3.6-liter, naturally aspirated VR6 rated at 280 hp, in line with most players in the segment. Both engines are mated to an eight-speed automatic, though 4Motion all-wheel drive can only be optioned with the VR6. The 4Motion models will also feature multiple drive modes, including one optimized for snow and another for off-roading.

EPA figures and estimated performance stats will come later. That said, we recently sampled a six-cylinder-powered prototype and found the engine propelled the crossover “up to gravel-road speeds with reasonable authority—at least with two people aboard.”

Like most VWs, the interior is relatively straightforward. The touchscreen sits high on the dash and climate controls are simply laid out. The push-button ignition is thoughtfully placed next to the gear selector, and an electronic parking brake switch frees up room for the big cupholders and additional console storage. Higher trim levels will have perforated leather, along with metallic and wood-like trim.

The 2018 Atlas’ exterior styling mimics the CrossBlue concept we first saw back in 2013. The overall shape is boxy, giving the Atlas a much more muscular look compared to the frumpy curves found in most competitors. The front end features a simple two-bar grille with square headlight housing, with a few sharply creased lines on the hood. The same goes for the side profile, where creases accentuate the wheel wells and the character line running below the door handles. Meanwhile, the rear end shares cues with the 2018 Tiguan and showcases a few premium touches like the chrome strip with the embossed Atlas badge, and dual exhaust tips that are integrated in the lower bumper.

Volkswagen says the Atlas will be offered in five trim levels. Details are still forthcoming, but it should mimic other VW models like the Passat, which comes in S, R-Line, SE, SE with Technology, and SEL Premium trims.

The Atlas will be produced at VW’s plant in Tennessee alongside the Passat. The crossover is slated to debut at the 2016 Los Angeles auto show before reaching dealership this Spring. VW should reveal more details and pricing before then, and we’re looking to seeing how it measures up to the class leaders. 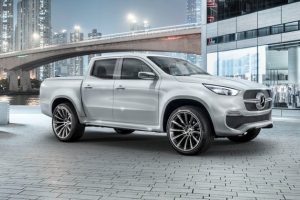 Mercedes-Benz will begin selling a pickup truck next year, and it may come to the United States one day. The X-Class, unveiled...
Copyright 2017 CarFilia
Back to top