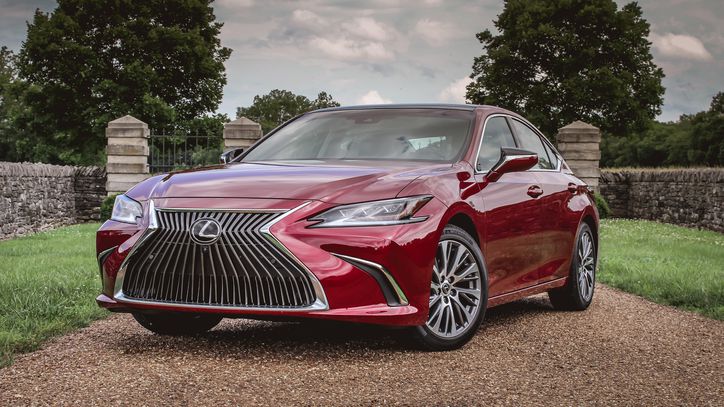 The next generation 2019 Lexus ES 350 is screaming off the production line in Georgetown, Ky., and drivers will soon have a chance to hit the streets in this game-changing vehicle.

The new platform allows Kentucky team members to build a car that is longer, lower and wider than before with wheels pushed closer to the corners, Elkington said.

Combined with a tenacious commitment to craftsmanship – the foundation of Lexus manufacturing – the new ES also ups the ante on comfort and luxury. “We strive to capture the Lexus mindset with every vehicle we build. We craft in quality, innovation, and delight for all the senses, for every customer.”

The look, feel and sound of Lexus craftsmanship

Lexus team members at the company’s U.S. facility  spent more than 150,000 hours training to build the ES model that delivers a fundamentally higher level of performance than its predecessors. That includes sensory training that teaches assemblers, for instance, to feel for an abnormality as minute as a thread of hair.

“After extensive sensory training, our team members rely on sight, sound and touch to know that the craftsmanship of the car is of the highest standard,” said Mike Bridge, Lexus assistant general manager. “A machine can’t make those judgments, and that’s why we take so much time to train before a new model goes into production.”

Bridge said an example of this sensory training can be seen in body weld, where team members are taught to feel gap differences measured in fractions as little as 0.3 millimeters.  “This is equal to the thickness of three sheets of paper and can be felt even with gloves on,” he said.

Lexus began production of the ES in Kentucky in 2015 after investing more than $360 million in a new production facility on the Toyota Kentucky campus. In addition to the ES 350, the Lexus team of more than 800 Lexus-trained Kentuckians will now also build the all-new, coveted F SPORT model.

Quality in, quality out

In 2016, after just one year of production, the Lexus line received the Platinum award – a tie with Toyota’s Kyushu 2 plant in Japan – in the J.D. Power & Associates’ Initial Quality Study, representing the highest-performing assembly plant in the world for initial quality. The Kentucky Lexus plant has been among the highest J.D. Power rankings every year since.

“Because of the team we have here in Georgetown, and all that has been accomplished in just three years since initially launching Lexus,” said Lentz, “we’re confident our Lexus customers will Experience Amazing each time they get behind the wheel of a Kentucky-assembled ES.” 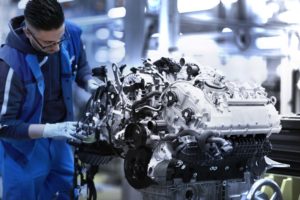 The new BMW 8 Coupe is now rolling off the assembly line at the BMW Dingolfing plant, whilst the engine for the most dynamic...
Copyright 2017 CarFilia
Back to top