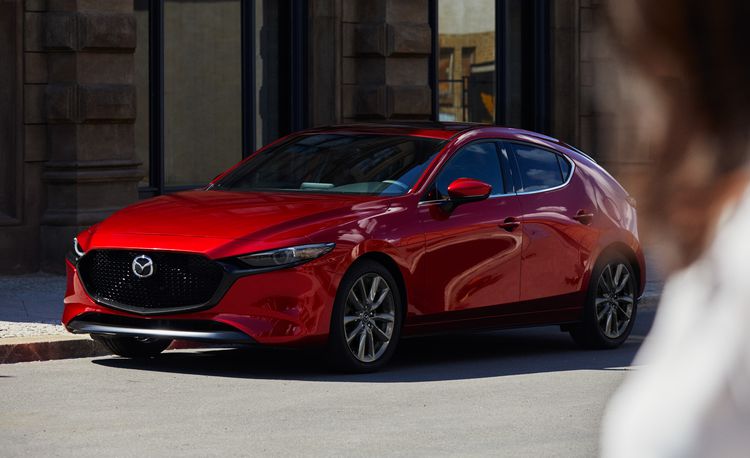 Mazda didn’t lie — the 2019 Mazda3 is a gently reworked production version of the Kai concept shown at last year’s Tokyo Auto Show. In hatchback and sedan forms, you’ll still quickly peg this a Mazda3. The dimensions barely change: The wheelbase grows by an inch, but the hatchback width and length carry over, while height decreases by an inch; the sedan is the same width but 3.2 inches longer and 0.7 inches lower. Nevertheless, the look and details have evolved throughout, yielding a much more potent and piercing hatchback, and a more sophisticated, accomplished sedan.

Instead of using hard shoulder and swage lines to “draw” contour onto a flat profile, Mazda designed a car with contours that create real shoulders and hips. Shedding the illusion of surface depth for reality redefines the look and presence of the Mazda3. The new model erases the hash of lines and embossed panels in back of the current car so that the S-curved hatch has only its shutline for framing.

It’s the same inside, a design based on results of Mazda’s in-depth studies of human mechanics. The flatter instrument panel stresses clean lines along the horizontal. Trimmer steering wheel spokes with silver buttons line up with the central span across the dash housing the climate control buttons and vents.

Buyers who opt for fabric will get a new “Greige” hue, a mix of gray and beige. Mazda designed a new leather grain with creases of varying depths and shapes depending on where it’s placed. The hatchback offers an exclusive burgundy leather interior, and a Polymetal Gray exterior paint.

The old 7-inch touchscreen atop the IP becomes an 8.8-inch unit with a new menu system for better control. Speakers were moved to produce better sound from the standard eight-speaker and optional 12-speaker Bose audio systems. Speaking of sound, a new two-wall body structure in the floor of the car and fewer holes in the carpeting, plus better sound absorbtion from the headliner and floor mats, calm ambient intrusions.

Other upgrades include seats contoured to hold the body’s “S” shape, and tilting seat cushions as standard equipment. Knee airbags come standard, and optional driver assistance features include front cross traffic alert and adaptive cruise control that works in stop-and-go traffic. The driver-side windshield wiper arcs all the way to the thinner A-pillar, and the washer nozzles reside on the wiper arms.

The Japanese carmaker listened to the market, and i-Activ AWD joins the options list, but Mazda didn’t say which engines would pair with AWD. The AWD system has been improved with “‘four-wheel vertical load’ detection,” although we’re not yet sure how that affects proceedings, and updated brake-based torque vectoring.

Mazda says the 2019 Mazda3 marks the first step in the march toward Mazda Premium. So far, we like it. 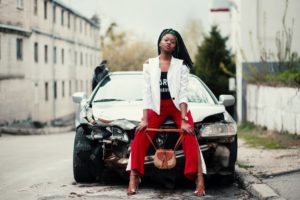 While your hope is you never are in an auto accident, odds are one or more could find you at some point in your life. That...
Copyright 2017 CarFilia
Back to top