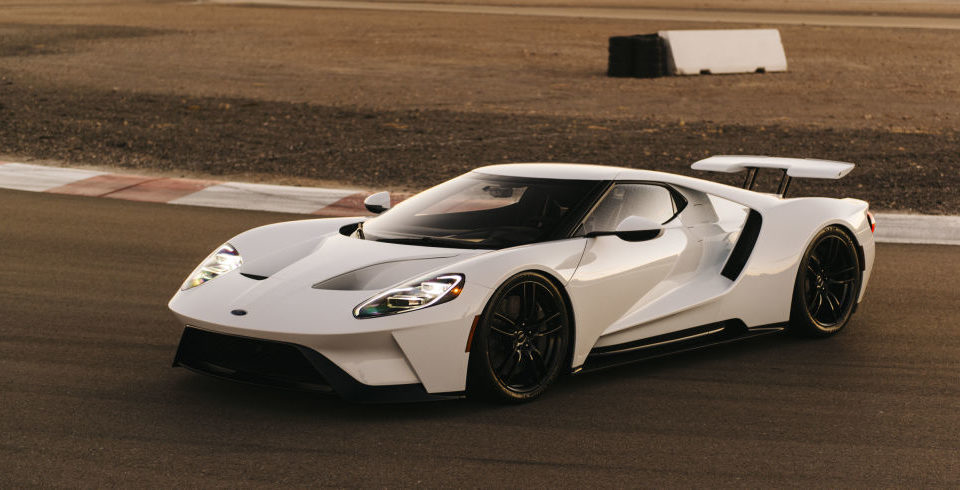 The Ford GT is the most clutch car ever made, even though it has an automatic transmission. It was built for one reason: to win the top production class at the last year’s 24 Hours of Le Mans and mark the 50th anniversary of the company’s legendary victory over Ferrari with another.

We’re talking about the most grueling and competitive sports car race in the world, and Ford hadn’t even been to the track since 1969. Ferrari, Porsche and arch-rival Chevrolet, meanwhile, practically live there. No pressure.

Ford thought about going for it with a Mustang, but realized that it was practically a pickup compared to the sleek 488s, 911s and Corvettes it would have had to compete with. So it decided to gamble untold millions to design an all-new mid-engine supercar for the task at hand. There would be no second chance.

The GT took first, third and fourth places, with a Ferrari sandwiched between them for good measure. You can still hear the sighs of relief coming from Dearborn — and the meatballs hitting the wall in Maranello.

At the launch event for the street version of the GT that Ford is selling to amortize the feat, I asked the Ford Performance division’s marketing boss, Henry Ford III (yeah, he’s related), if he thought people would have been willing to pay the $450,000 Ford is charging for it if it hadn’t won, especially if it had been beaten by a dang Chevy. He said yes, but of course he did. If nothing else, his job is much easier than it might’ve been.

Ford is building a scant 250 GTs annually, and the first three years of production are already spoken for. Henry’s team got to choose the people it deemed to be the worthiest stewards for the car from a list of over 6,000 qualified applicants.

Ford will sell it only to people that it’s confident will actually use it, and hopefully share their glorious experiences with millions of social media followers. If you have that many, and an equal amount of liquid assets, the order books for the last batch will open next year.

If you think this all sounds a little hifalutin for a Ford, you’re not alone. When I heard the price, I was disappointed — not because I’m a label snob, but because I felt anyone could build a fast car for that kind of cash. The last time Ford made a supercar, the 2005 GT, it was world class and a relative bargain at $139,995.

he suspension is race-bred, too, with pushrod-activated springs mounted to a keel in the center of the car up front (picture an F1 car covered in full carbon fiber bodywork) and similarly remote spool valve-type dampers, buried near the footwell, that Multimatic originally developed for Indy cars.

This layout clears spaces that allow air to flow past a wing-like surface under the nose that generates downforce in concert with a giant wing that pops up from the rear of the car. Every vent and surface shape on the very striking GT is designed to efficiently coax the atmosphere around its teardrop-shaped cabin, including the tendon-like buttresses that connect it to the pod-style fenders.

In the track’s fast left-hand kink named Scream, you will do that with joy. Here, the aerodynamics really come into play to press the GT into the surface like a kid playing with a Hot Wheels car, and it’s exactly as thrilling as you imagined it would be when you were doing that in second grade. The long right-hander called Dreamboat truly is one, if you clear your mind and trust the physics of fooling with the wind.

To prove the GT’s worth in more skilled hands than mine, Ford took it to Calabogie Motorsports Park in Canada and pitted it against the two cars it bought to benchmark it against during development: The Ferrari 458 Speciale and McLaren 675LT. You won’t be surprised to hear that it beat both, because Ford wouldn’t have mentioned it if it hadn’t. The GT’s lead engineer, Derek Bier, says Ford is satisfied with that and will leave it up to the owners and magazines to set times at other tracks.

As excellent as the GT is as an engineering exercise, race car and performance car, however, it’s not magnitudes better than its peers, and that price leaves one heck of an opportunity for someone to outdo it for less. (Say, $139,995?)

Even Ford has a lot of room in its lineup between the GT and the Mustang. It should think about filling it one of these days. 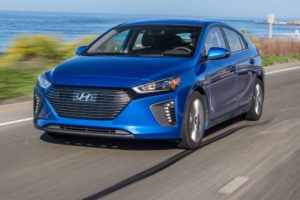 Probably the worst decision I've ever made in reviewing cars was a comparison test about eight years ago. We paired a Toyota...
Copyright 2017 CarFilia
Back to top