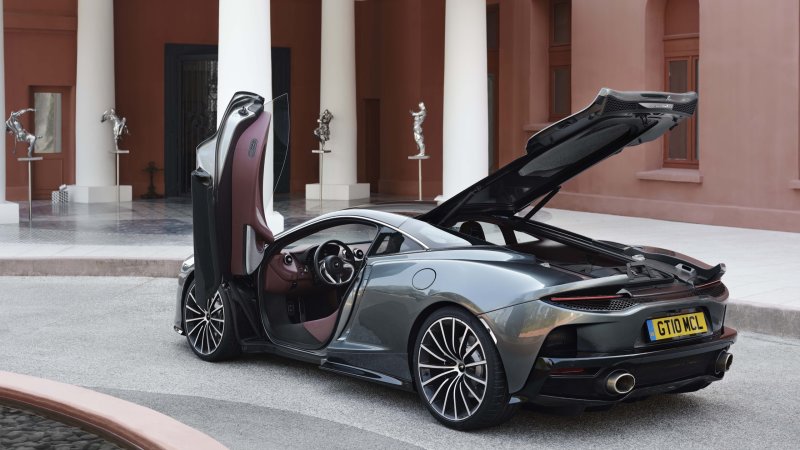 The roads snaking through these ragged mountain ranges are dubbed the Route Napoléon after the French ruler’s treacherous journey from the Côte d’Azur through the French Alps in 1815. The asphalt ribbon squiggles over, alongside, and literally through mountain ranges with a scrawl so rambunctious it would challenge a race-prepped Lotus Elise, let alone a high-horsepower grand tourer. This is why we’re here – to put the 2020 McLaren GT and its mission statement to the test on the least direct path from A to B.

The GT isn’t technically the first McLaren with grand touring intentions: the 570 GT launched in 2016 as a softer, quieter way to span long distances. But the new model is the brand’s first fully-formed expression of whip-through-the-corners-but-drive-all-day-in-comfort versatility.

McLaren trod carefully when tweaking its winning supercar formula for long-distance friendliness, while maintaining the sharpness we’d need to tackle the notorious Route Napoléon. After all, McLaren’s new GT would damage the brand’s street cred if it was too soft, and miss the mark if it allowed occupant fatigue to enter into the equation.

The GT’s dihedral doors slide up easily after pressing a small, spring-loaded section of the side panel. Inside is typical McLaren — not too preciously ornamented nor overtly austere like some Teutonic carmakers. The steering wheel and paddle shifters in my tester are finished in a nicely polished aluminum finish that echo the milled materials used in the various switchgear and controls. Buttons are kept to a minimum on the center console and there are none on the steering wheel, while McLaren’s twin dials for controlling drivetrain and handling settings remain.

Also, although it’s larger than the 3.8-liter mill in the 570 S and 600 LT, the GT’s V8 is actually more efficient at an EPA-estimated 18 mpg combined, allowing it to avoid the gas guzzler tax.

While it shares a hydraulic steering system with the Sport Series McLarens, the GT’s greater wheelbase requires a bit more wheel rotation to effect the same amount of wheel angle. And it’s tuned for refinement, which dulls some of the road feedback that has lent every other McLaren a feeling of sensory clarity.

Based on curb weight alone, the McLaren GT’s lightest-in-class 3,373-lbs mass lends it a degree of tossability and responsiveness that makes it a favorite on delightfully gnarly mountain passes. If there’s one thing that detracts from its overall brilliance relative to other McLarens, it would have to be the toned-down steering. For the brand’s repeat buyers, dialing in just a bit more of its telepathic broadcast would transform the GT’s driving experience from quite outstanding to stupendous.

Regardless, the McLaren GT is still driver focused to a tee, landing closer in tone to the 720 S than the edgy 600 LT. If your roads are straighter and you’re interested in a less ascetic expression of high-speed transport, you might find solace in other offerings. But along the most demanding of driver’s roads, the McLaren GT shines brightly. 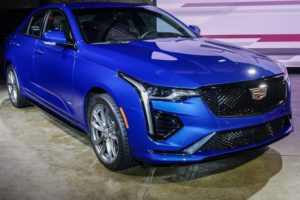 After revealing the somewhat potent CT4-V earlier this year, Cadillac is now showing off the more frugal base version....
Copyright 2017 CarFilia
Back to top