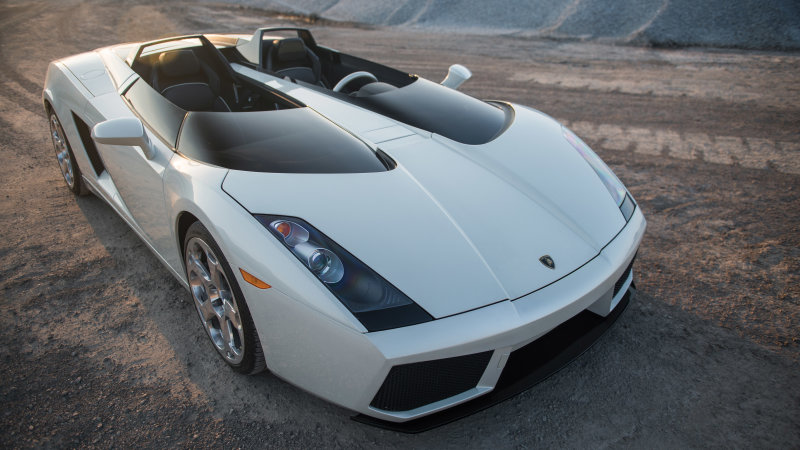 Many Lamborghini concepts are completely wild, but the 2006 Lamborghini Concept S is unique in that it’s totally wild but also somewhat practical. The practical part comes from the fact that it’s effectively a Lamborghini Gallardo, but with a split cockpit and speedster shape. According to RM Sotheby’s, which is selling the car, there were plans to build 100 of them for special customers, but that never happened. So this is your only chance to own this speedster.

The concept’s Gallardo bones are obvious. Most of the lower body is the same as a production Gallardo, with slightly different grille openings. But the complete lack of a roof, the vestigial nubs of windscreens and angular roll hoops transform the car. From the side, it’s about the wedge-iest Lamborghini of all time. The split cockpit is also extreme, and it’s accomplished by placing a beam between the driver and passenger seats.

Mechanically, it’s about the same as a regular Gallardo. In the middle is a V10 bumped up to 520 horsepower coupled to the Gallardo’s E-Gear automated manual transmission and all-wheel drive. It would have been cool if Lamborghini had fitted the regular six-speed manual and its lovely gated shifter, but we suppose they didn’t want drivers whacking their hands and arms into that center beam to shift.

This car has less than 125 miles on the clock, which is remarkable, if also a little sad. It has also been shown at Pebble Beach twice. No price estimate has been given, though when RM Sotheby’s offered at an auction in 2015, the company expected upwards of $3 million for the car. It goes across the block at the RM Sotheby’s Abu Dhabi auction on November 30. 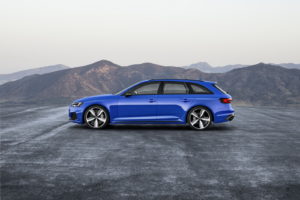 We've seen a bunch of twin-engine cars in the past, but perhaps none more hardcore than this. It's an Audi S4 Avant that's...
Copyright 2017 CarFilia
Back to top